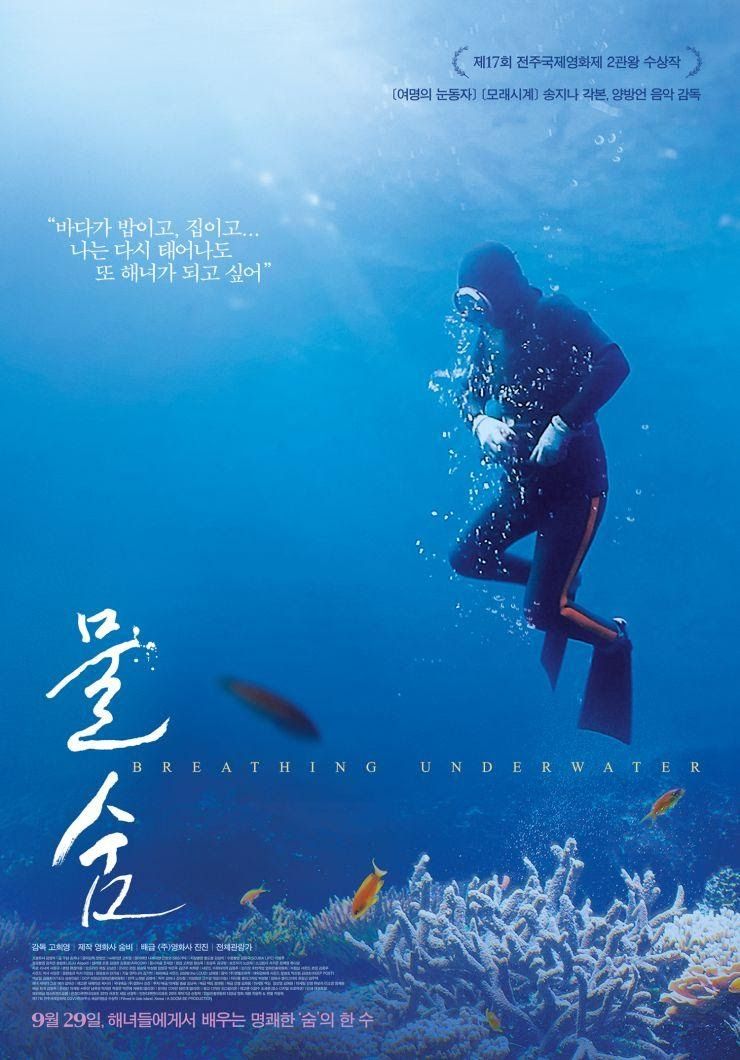 The real story of four haenyeo women in Jeju Island in Korea.

Featuring a collection of 7 years of footage filmed on Udo Island in Jeju province, Breathing Underwater follows 4 haenyeo women as they hold their breath, diving in the nurturing but ruthless sea to collect seaweed and shellfish to make a living.

Jeju Island is where my umbilical cord was cut and the tropics of my mind. I was 40 by the time I returned to the island I was so eager to escape. One day, I heard sumbisori from the sea. Sumbosori is the whistle-like noise haenyeo make as they surface from beneath the waters. It was nothing new since I had seen many haenyeo as a child. But, at this moment, I found myself fascinated by them. Since that day, I spent 7 years filming the lives of haenyeo, and I even learned about mulsum. Haenyeo fights against the temptation of mulsum. They know the limits of their own breath. But when they find valuable goods in the waters, they are often seized by desire and forget their limits. Sumbisori is the border to life while mulsum is the line into death. Haenyeo knows that the sea becomes a grave when they are seized by desire. And they also know that the sea shares  in their desire. This film is a story about sum (breathing) and desire, something I found in the sea of haenyeo.